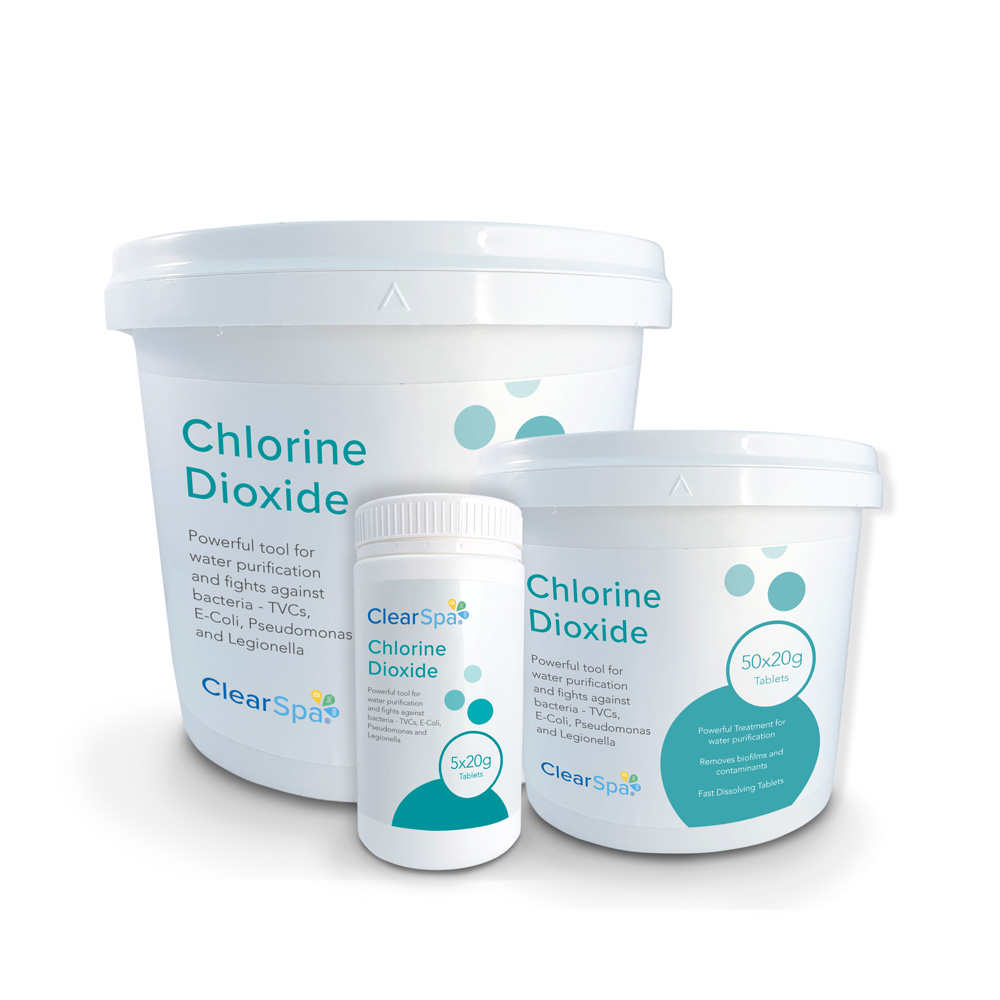 If you have a spa or pool in your backyard, Chlorine Dioxide is one of the best methods for water purification and combating bacteria, the treatment uses chlorine dioxide gas to create a powerful oxidizing agent that kills bacteria and breaks down organic contaminants. It can be used as an alternative to traditional chlorine treatments, which use harmful chemicals such as bleach. It also does not produce chloroform when it comes into contact with organic material like many other disinfectants do.

If you are considering adding a new hot tub or upgrading your current pool equipment, make sure they come equipped with Chlorine Dioxide technology.  This treatment is not only better for the environment and your family, but it also saves you money on Chlorine or Bromine treatments because it generates its own oxidizing agent.

Why is Chlorine Dioxide so important to use?

Chloride dioxide kills all bacteria in less than 30 seconds when used at a dosage of 0.15 ppm (parts per million) and is the only sanitizer that can be used at this low level. It works as a powerful oxidizing agent to destroy organic contaminants, pesticides, herbicides and other harmful chemicals in your water. Chlorine Dioxide breaks down organics faster than any other treatment method available on the market today.

What does Chlorine Dioxide combat?

Chloride-Dioxide is also effective against algae, mold and mildew and does not produce chloroform gas like regular chlorine treatments do when it comes into contact with organic material such as dead leaves or grass clippings. Chlorine dioxide has been shown to be more than ten times faster at killing the bacteria E. coli than chlorine and Chloramine treatments

Chlorine Dioxide is much more effective at controlling allergens, irritating fumes and odors than traditional Chlorine or Bromine treatment methods, it has also been shown to be much faster acting in neutralizing Chloramines which are often used as Chlorine stabilizers. This product does not produce Chloramines when it reacts with organics in the water, which is why it works better than Chlorine or Bromine treatments to control odor and algae growth

Will using Chlorine Dioxide save me money

Using a Chloride-Dioxide treatment method can save you money because there is a low operating cost and does not lose its effectiveness over time. Chloride-Dioxide is also more stable in water than Chlorine or Bromine treatments, which means less product gets used up if the pool owner fails to maintain their equipment properly.

Category: Water Shock Treatements
Tags: Chlorine Dioxide, Water Shock Treatment
Blog Categories
Recent Posts
We use cookies on our website to give you the best experience by remembering your preferences and repeat visits. By clicking “Accept All”, you consent to the use of ALL the cookies.
Cookie SettingsAccept All
Manage consent